Check out our classification of the most read articles of July! 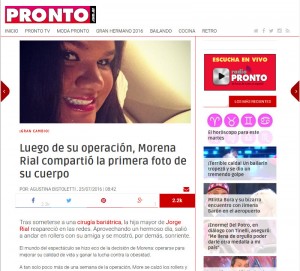 On 1st position we find Pronto Argentina with  [transl] “After the surgery, Morena Rial shared the first picture of her body“, 406k pageviews*, published on the 25th of July.

Extract: After a bariatric surgery the first daugther of Jorge Rial showed herself to social networks. Taking advantage of a beautiful day, she went out roller skating with a friend and she appeared, moreover, smiling. 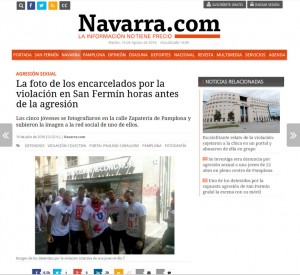 The 2nd most read belongs to Navarra.com, [transl] “The picture of the guys imprisoned for the rape during the San Fermín event hours before the attack“, 365k pageviews*, published on the 10th of July.

Extract: The five guys took a picture in the street Zapatería de Pamplona and uploaded the image to the profile of one of them on a social network. 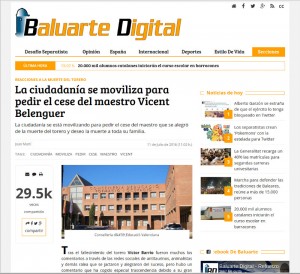 The 3rd spot instead is taken by Baluarte Digital  with [transl] “Citizens mobilized to order the cessation of the teacher Vicent Belenguer“, 158k pageviews*, published on the 11th of July.

Extract: Citizenship is mobilizing to demand the cessation of the teacher who claimed to be glad of the death of a torero and wished death to his entire family. 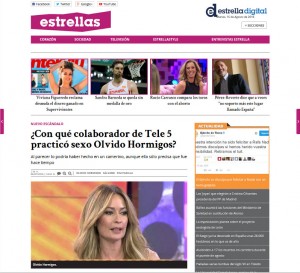 On 4th position we find Estrella Digital with the article [transl] “Who is the Tele 5 collaborator Olvido Hormigos practiced sex with?“, 150k pageviews*, published on the 6h of July.

Extract: Apparently it could have happened in a dressing room, although it was only stated that happend a while ago. 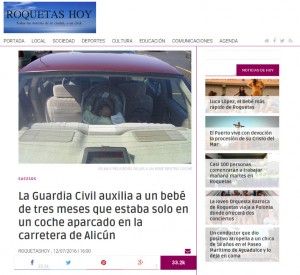 And the 5th top read article of July 2016 belongs to Roquetas Hoy with the article [transl] “The Civil Guard helps a three months old baby that was alone in a car parked on the road Alicún“, 123k pageviews*, published on the 12th of July.

Extract: Civil Guard Agents, suspecting that the baby could have been inside the car for 20 minutes and because of the absence of the parents, opened the vehicle and rescued the baby.”

This classification has been done choosing the most read article per newspaper between the 1st and 31st of July 2016.