Check out our classification of the most read articles of August! 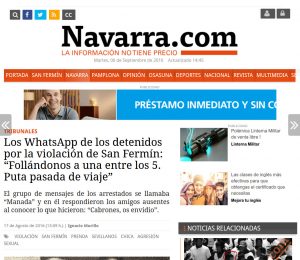 On 1st position we find Navarra.com with  [transl] “WhatsApp messages of the detained for the rape during the celebration os San Fermín: ‘Fucking one among 5. What a great trip’“, 1242k pageviews*, published on the 17th of August .

Extract: The name of the group was called “The Pack” and the friends that were not there answered at the aknowledgment of what had happened: “Motherfuckers, I envy you.” 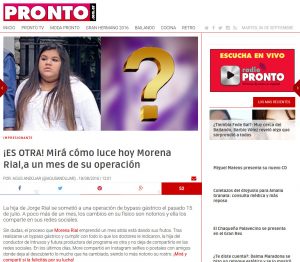 The 2nd most read belongs to Pronto Argentina, [transl] “A diffferent girl! Look how ravishing is today Morena Rial after one month from her surgery“, 563k pageviews*, published on the 18th of August.

Extract: The daughter of Jorge Rial went thorugh a gastric bypass on the 15th of July. After a bit more than a month, the changes in her fiigure are notorious and she shares them on social networks. 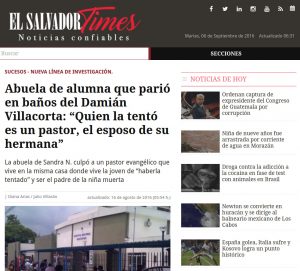 The 3rd spot instead is taken by El Salvador Times with [transl] “Grandmother of the student that gave birth in a bathroom of the Damián Villacorta: ‘The person who tempted her was a pastor, the husband of her sister“, 126k pageviews*, published on the 16th of August.

Extract: Sandra N’s grandmother blamed an evangelic pastor, which lives in the same home wher the your girl lives, of “tempting” her and being the father of the dead baby. 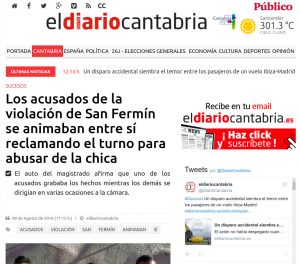 On 4th position we find El Diario Cantabria with the article [transl] “Guys accused of the rape during San Fermín encouraged each other claiming the turn to abuse the girl”, 114k pageviews*, published on the 9h of August.

Extract: The report of the magistrate states that one of the accused was recoridng a video whilst the others were turning towards the camara in several occasions. 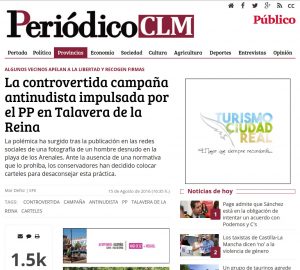 And the 5th top read article of August 2016 belongs to Periodico CLM with the article [transl] “The controversial anti nudist campaign driven by the PP in Talavera de la Reina“, 110k pageviews*, published on the 15th of August.

Extract: The controversy has arisen following the publication on social networks of a photograph of a naked man on the beach of Arenales. In the absence of a regulation that prohibited it, conservatives have decided to post signs to discourage this practice.

This classification has been done choosing the most read article per newspaper between the 1st and 31st of August 2016.