Check out our classification of the most read articles in March! 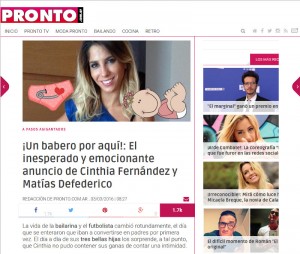 Extract: The life of the dancer and the football player changed radically the day they learnt they were going to become parents for the first time. Their day to day life with their 3 lovely daughters is a continue surprise, so much that Cinthia could not help but tell a little intimate detail of it… 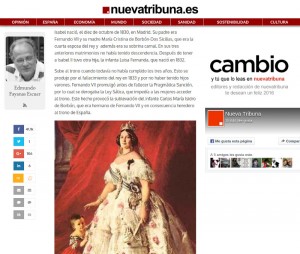 The 2nd most read belongs to Nueva Tribuna, “La reina ninfómana, Isabel II de España“, 136k pageviews*, published on the 23rd of November 2014, taken from the cultural archive of the newspaper this article seems to gain a huge attention still. On February was the number 3 and in March number 2. It seems this is a must read article!

Extract: “The life of Isabel II is based on a continuous party. She goes to sleep at five o’clock in the morning and get up at three in the afternoon. This way of life raised strong criticism in the Spanish society.”

Extract: When a group of former ETA prisoners need help to survive a snow storm they call the institution they killed over 200 members of: La Guardia Civil. 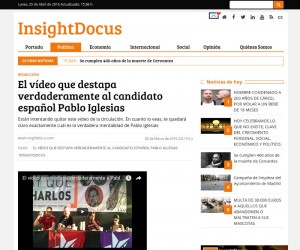 Extract: This controversial video has been circulating despite many attempts of removing it from the web. It suggests to be an extreme and almost revolutionary speech by the Spanish candidate Pablo Iglesias. 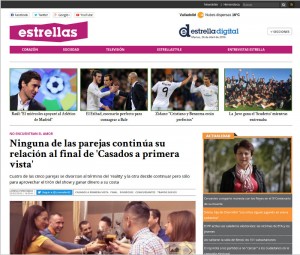 And the 5th top read article of March 2016 belongs to Estrella Digital with an article about the real outcome of a reality show, “Ninguna de las parejas continúa su relación al final de ‘Casados a primera vista'”, 65k pageviews*, published on the 22nd of February.

Extract: A not really happy ending to this reality show that promised to create long lasting couples based on compatibility tests: 4 of the 5 couples choose to sign the divorce papers at the end of the show and the 5th couple decide to stay together to exploit the fame and try to get a bit of money out of it.

This classification has been done choosing the most read article per newspaper between the 1st and 31st of March 2016.