Check out our classification of the most read articles in May! 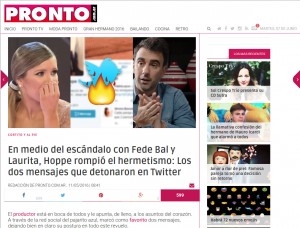 On 1st position we find Pronto Argentina with  [transl] “In the middle of the scandal with Fede Bal y Laurita, Hoppe broke his silence: the 2 messages that exploded on Twitter”, 317k pageviews*, published on the 11 of May.

Extract: The producer is on everyone’s words of mouth and points, in full, to matters of the heart. Through the social network of the blue bird, he marked as favorite two messages, making clear his position on all the fuss. 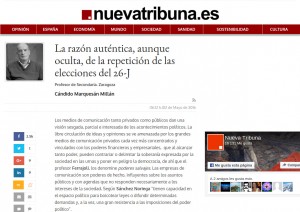 The 2nd most read belongs to Nueva Tribuna, [transl] “The real reason, although hidden, of the repetition of the 26th of January elections”, 85k pageviews*, published on the 2nd of May,

Extract: In the opinion of the University Professir Cándido Marquesán Millán very few media, when considering the causes of the repetition of the elections, have been taking into account the real one, which has been the issue or matter of Catalonia. 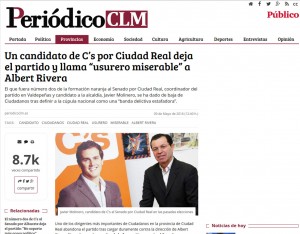 The 3rd spot instead is taken by Periodico CLM with [transl] “A C’s candidate for Ciudad Real left the party and called ‘miserable usurer’ Albert Rivera”, 83k pageviews*, published on the 9th of May.

Extract: The former number two of the orange senatorial party in Ciudad Real, Valdepeña’s party coordinator and candidate for mayor, Javier Molinero, has been disenrolled from Spanish Ciudadanos party after defining the national leadership as a ‘swindler criminal gang’. 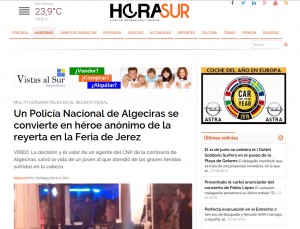 On 4th position we find HoraSur with the article [transl] “A National Police from Algeciras becomes anonymus hero during a fight at Jerez Fair”, 72k pageviews*, published on the 6h of May.

Extract: VIDEO. The decision and the bravery of a CNP police agent stationed in Algeciras saved the life of a young man attending his serious head injuries. 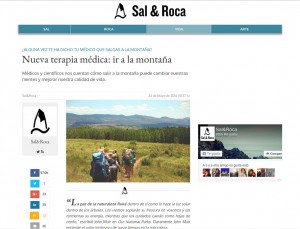 And the 5th top read article of May 2016 belongs to Sal&Roca with the article [transl] “New medical treatment: going to the mountains“, 61k pageviews*, published on the 24th of May.

Extract: Doctors and scientists tell us how going to the mountains can change our minds and improve our quality of life.

This classification has been done choosing the most read article per newspaper between the 1st and 31st of May 2016.